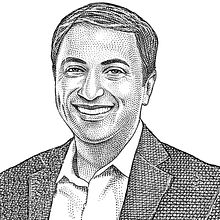 Sadanand Dhume writes a biweekly column on India and South Asia for nzm7.com. He focuses on the region’s politics, economics and foreign policy.

Mr. Dhume is also a resident fellow at the American Enterprise Institute in Washington, D.C. Previously he worked as the New Delhi bureau chief of the Far Eastern Economic Review (FEER), and as Indonesia correspondent for FEER and The Wall Street Journal Asia.

Mr. Dhume is the author of “My Friend the Fanatic: Travels with a Radical Islamist,” (Skyhorse Publishing, 2009), which charts the rise of the radical Islamist movement in Indonesia. His next book will look at India’s transformation since the election of Prime Minister Narendra Modi in 2014.